AirAsia from Honolulu to Osaka

Did you hear about the AirAsia airfare sale from Honolulu to Osaka for $99? 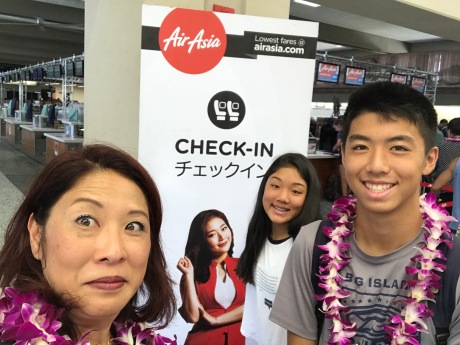 I did and I got caught up in the frenzy of trying to get to Japan for $99 each way. I had never heard of AirAsia before but I didn’t want to lose the chance to go to Japan for such a great fare. I shared the information with a bunch of friends and a couple of them also took advantage of the great fare.

AirAsia is a budget/ala carte type airline and you pay for each add-on you want. That means that there are charges if you want to select your seats, have a meal, use a blanket, etc. 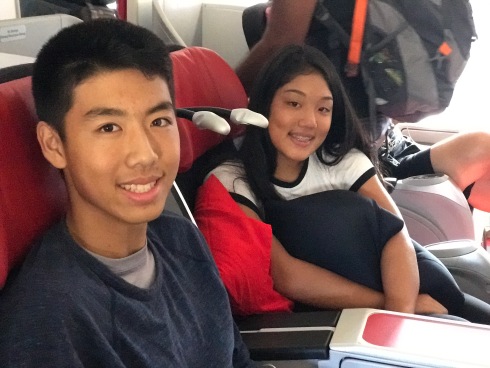 We upgraded our seats to the lie-flat option going to Japan and the extra-legroom option coming back from Japan. We ultimately paid a bit more than the $99 advertised fare but for the added comfort, I think it was worth it.

The Honolulu to Osaka leg was on their inaugural flight and I had high hopes of some extra amenities or entertainment for the passengers.  It turned out to be a slightly disappointing experience. The check-in process was horrible. I think it was a result of being the first day and so there was a very steep learning curve for the employees. In fact, the process took so long, the flight ended up being delayed so that they could get everyone on the flight.

The food quality was mediocre at best, but service was excellent. The flight attendants were professional and attentive. However, do not expect free meals and drinks. In addition, outside food is not allowed on board.  I’m not sure how appropriate this rule is since the flight is over nine hours long.  I did see others bringing food on board including bentos from Zippys with no problems.

At least we were very comfortable in our lie-flat seats and the flight went by very quickly and before we knew it, we landed in Osaka!